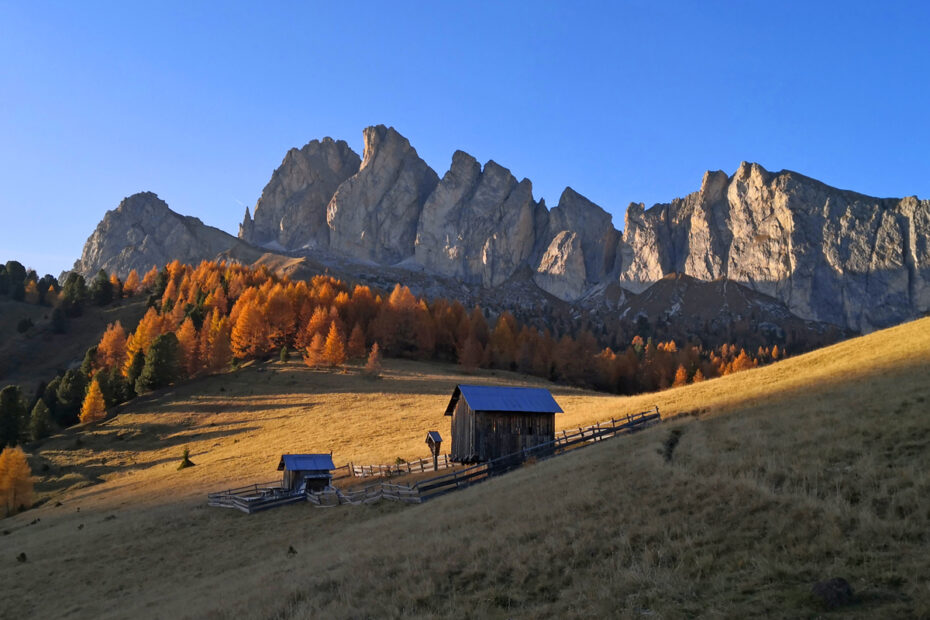 Brief description: loop trail from the Castle of Andraz to the top of mount Sief and back.

The Castle of Andraz is built on a large boulder which most probably detached from the mountains during the last ice age. Thanks to its dominant position over the valley below it, the castle had a strategic role in the control of communication routes in the region. From Andraz it was possible to sight Rocca di Prietore, which in turn was within sighting distance of other fortresses.

The castle has been recently restored and is now home to a museum, whose aim is to provide visitors with historical facts about the castle itself and the activities that took place around it, such as the mining, transportation and melting of iron ore.

Departing from the castle, our hike leads us first to Passo Sief and eventually to the summit of Mount Sief, standing at 2424m. The initial part of the trail winds through woods of larch, and it eventually reaches an area of moorlands and meadows covered in wildflowers. Since the terrain in this area is of volcanic origin, its rocks are very dark, unlike the lighter rocks of dolomite found in the surroundings.

In reaching the summit, we cross a series of restored trenches dating to WWI. The view from the top is grandiose: in the distance are a few “giants” of the Dolomites such as Marmolada, Sella and Civetta. A bit closer stands Col di Lana, and it is easy to see the “wounds” on its slopes inflicted by the mines aimed at conquering enemy stations during the Great War.

We return to Andraz via the Western slope of the mountain, following part of “Teriol Ladin”.